Development of a concept car and Consulting for a Richard Berry film.

At the end of 1999, Richard Berry made a film “The Delicate Art of Seduction” in which Patrick Timsit is an automotive designer passionate about cathedrals … ARCA is one of the Concepts-Cars of the film. The prototype was designed and built in three weeks, and Christian van OOST advised Richard Berry throughout the film for the Design part. 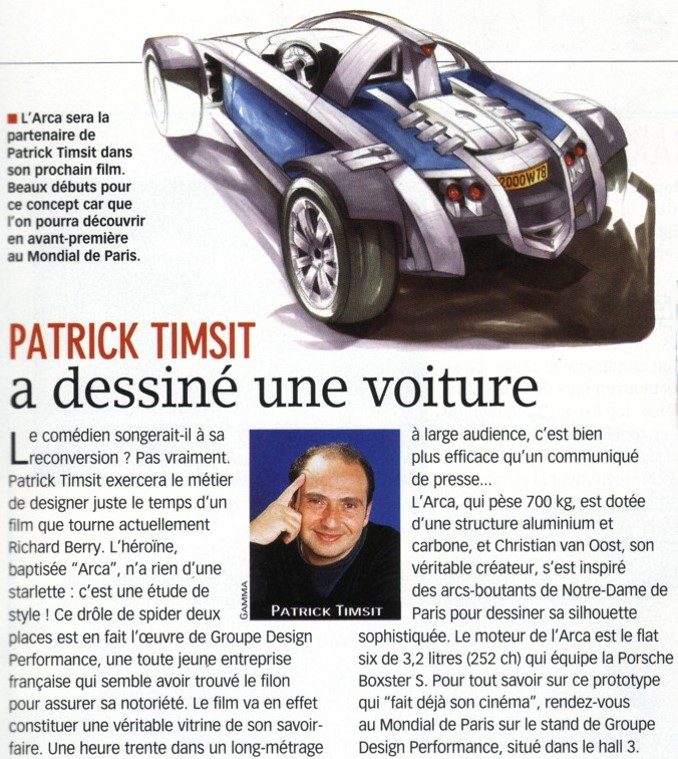 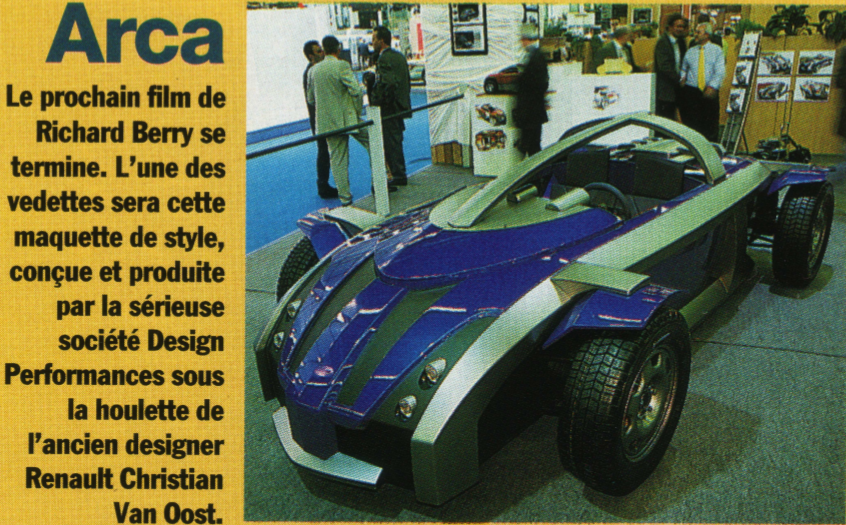